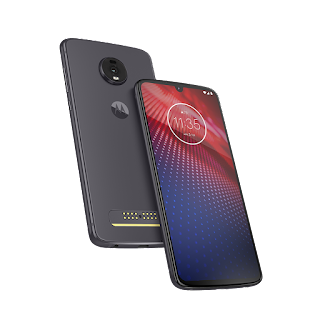 A few months ago I upgraded my aging Moto Z2 Play with the new Moto Z4 (unlocked).  I chose this device for several reasons:


I would consider this an upper mid-range phone.  It's not a true flagship device but it is not priced like one either.  My daughter got one a couple months before I did and she liked it too.  My experience with it so far has been very good.  I have been impressed with the cameras, and overall performance is good.  I like the in-display fingerprint sensor even though it is much slower than the one on the Z2 Play.  It is nice having almost no bezels and the larger display.

I also protected it with an aluminum rim with bumpers that are Moto Mood compatible. 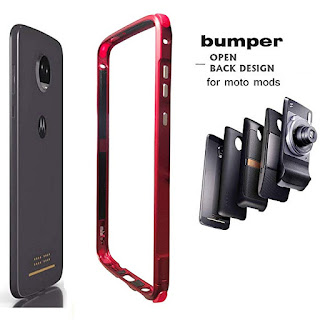 I did have to open up the headphone port and charging port on this rim with a file bit other than that it works great and lets you use most mods while this rim is in place.  It also fixes the minor annoyance where the Z4 body is just a bit narrower so the mods slightly hang over the edge. The only mod that does not work with it is the 360 camera.  I just modified the 360 camera (quick job on the table saw) to make it fit.

I would like to discuss battery life as this is one of the most important features for me.  Moto Mod batteries have a mode called "efficiency mode" that optimizes maintaining the phones internal battery to keep it at 80% extending its life.  I have 2 Moto Mod batteries: The Moto Power Pack and the Moto Turbo Power Pack. I always have one of them on the phone.  For normal daily use, I use the smaller Moto Power Pack.  When I go on trips or will be using more battery, or going longer between changes, I will use the larger Moto Turbo Power Pack.  Switching is of course super easy and does not require turning OFF the phone.  You simply pull one off and snap the other one on. These batteries also protect the camera since the battery has a hole leaving the camera recessed.  The batteries also have a great rubbery back surface making it easy to hold the phone securely and they don't show finger prints at all. I never really need to charge during the day.  Even with heavy use I can go all day no problem. I generally have 80% phone, and 50% to 80% of the mod battery at the end of a typical day. When traveling, I will sometimes carry my other battery so it is available just in case I do get low.  The mod batteries are super thin and fit easily into a pocket.

When I went looking for a new smartphone my top considerations were this Z4 and the new Pixel 3a XL.  The deal breaker for the Pixel for me was the small battery.  The Z4 by itself has 100mAh less battery but then you add the mod with 2200mAh to 3500mAh to that and the capacity is much more.  The pixel also lacks expandable memory that the Z4 has. The Z4 has a very slightly better processor too.  The Pixel is only $25 less (comparing full original retail prices).  The Z4 also has a slightly larger screen.  One of the things that interested me in the Pixel over the Z4 was the cameras, which are rated very well on the Pixel.  Here is an article comparing these 2 devices, and another here, and yet another here.. Another family member got the Pixel 3a XL at about the same time. I will be honest both phones get great pictures and I can't see a big difference between them.  Motorola phones have almost completely stock Android too so even that is very similar, mostly identical really. 5G support was not even a passing thought for me.  I live in a smaller town that does not have it anyway and I get crazy fast speeds on 4G already.

I may add some more details later....