The Porsche Cayman, especially the early ones, have a rather bad design for the exhaust outlet.  The 2 muffler outlets point directly toward each other.  Then they flow into a T as if a plumber built it.

I finally replaced that nasty exhaust T on the Cayman S.  I bought 2, 2.5" ID 90 degree mandrel bends from Summit Racing (part# 670176 http://www.summitracing.com/parts/sum-670176 ).  Total cost $40. These bends are tight with a 2.5" radius.  Yes, tight is bad but still better than a T. I removed the passengers side muffler assembly for access and cut the muffler outlets down to about 1.5".  I cut the bends to fit snugly on the muffler outlet.  It just so happens cutting the long side of the elbow left just the length I needed for the tailpipes. I was even able to reuse the clamps from the original T.  I also cut the factory stainless tip from the old tailpipe and attached it (sorta) to the 2 tailpipes.  It looks stock from a distance.  I doubt this really made a very big difference but honestly it does seem a bit crisper at high RPM.  Could just be in my head though.  It just looks like it flows better.﻿ 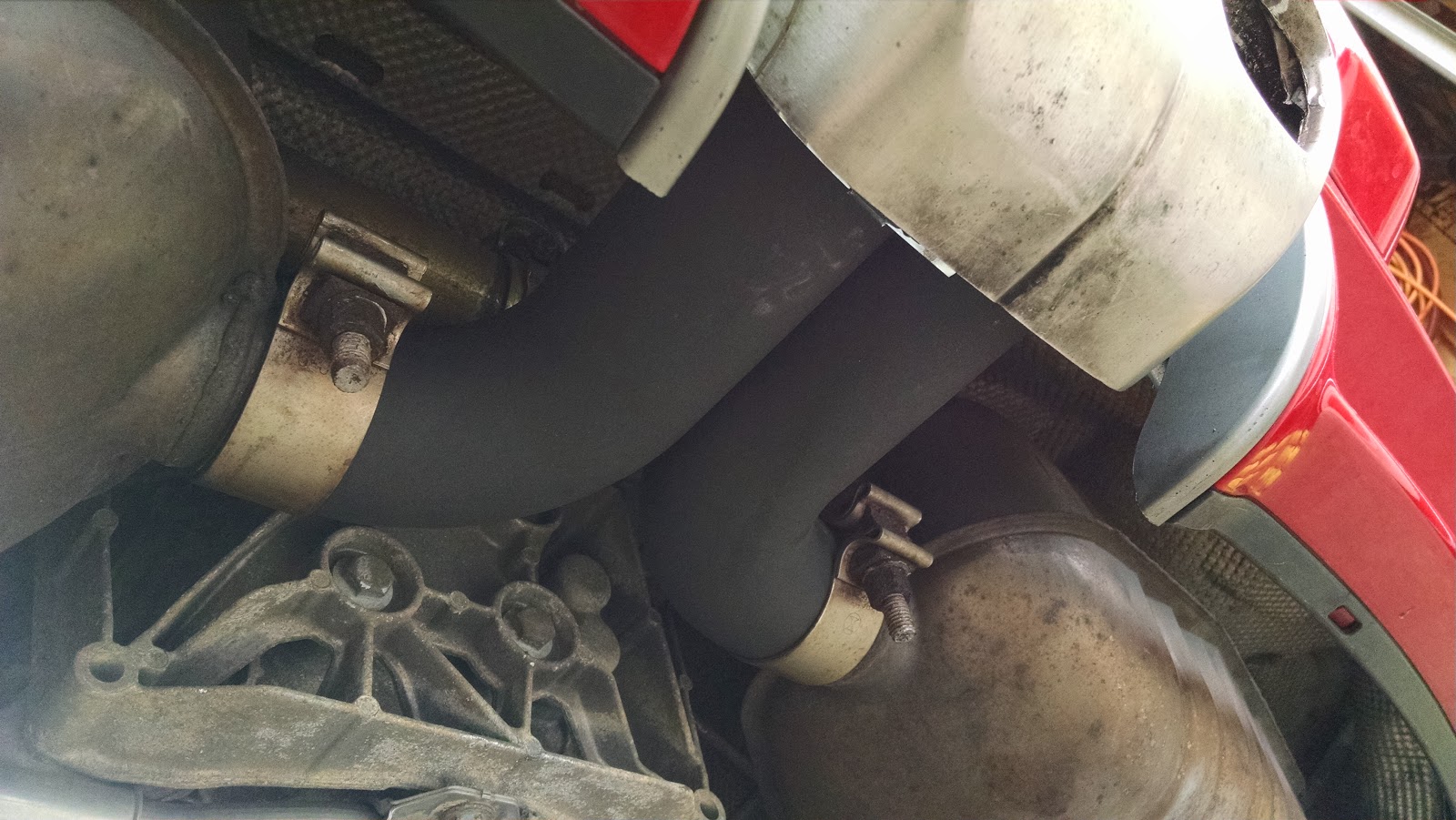 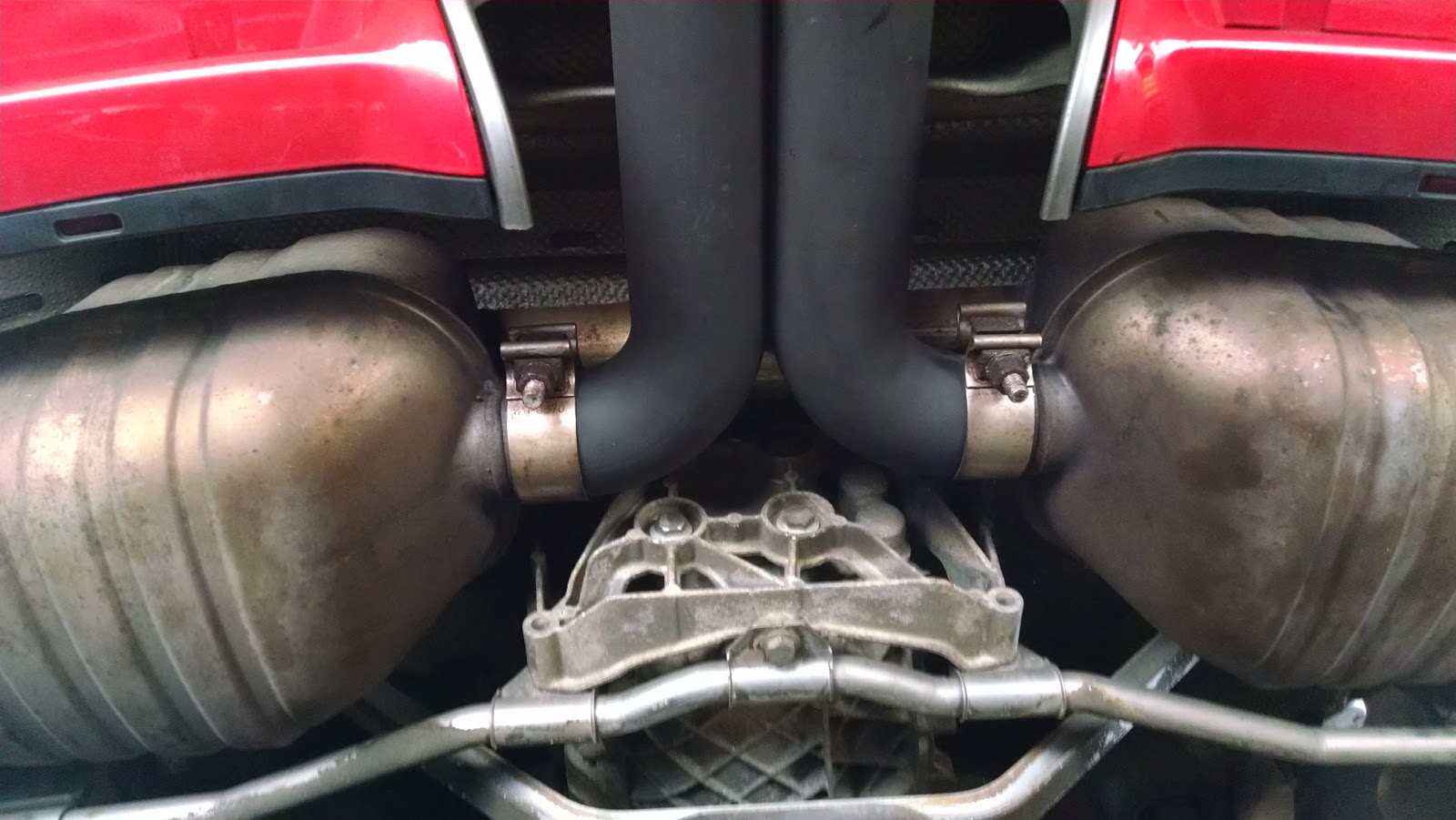 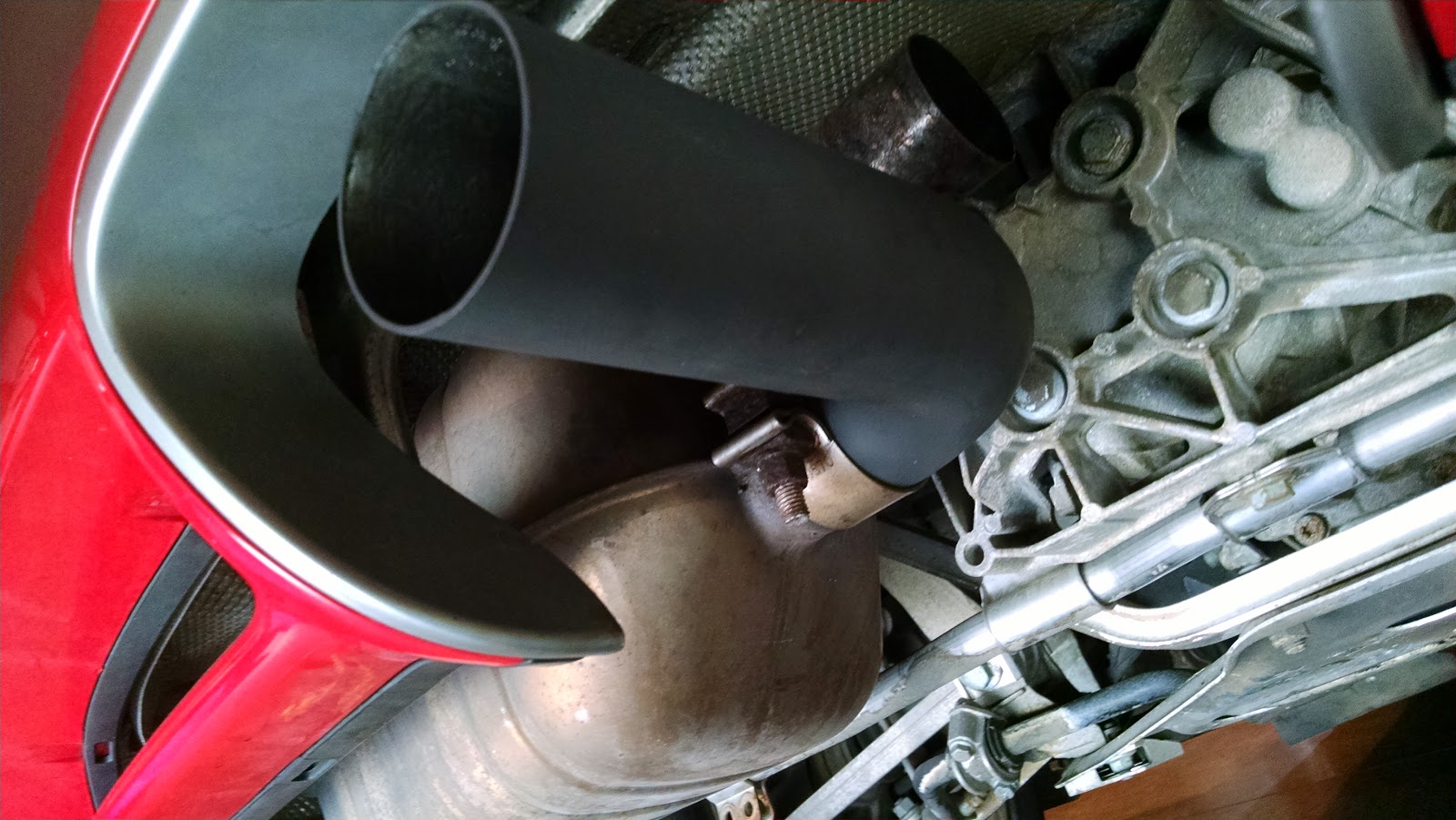 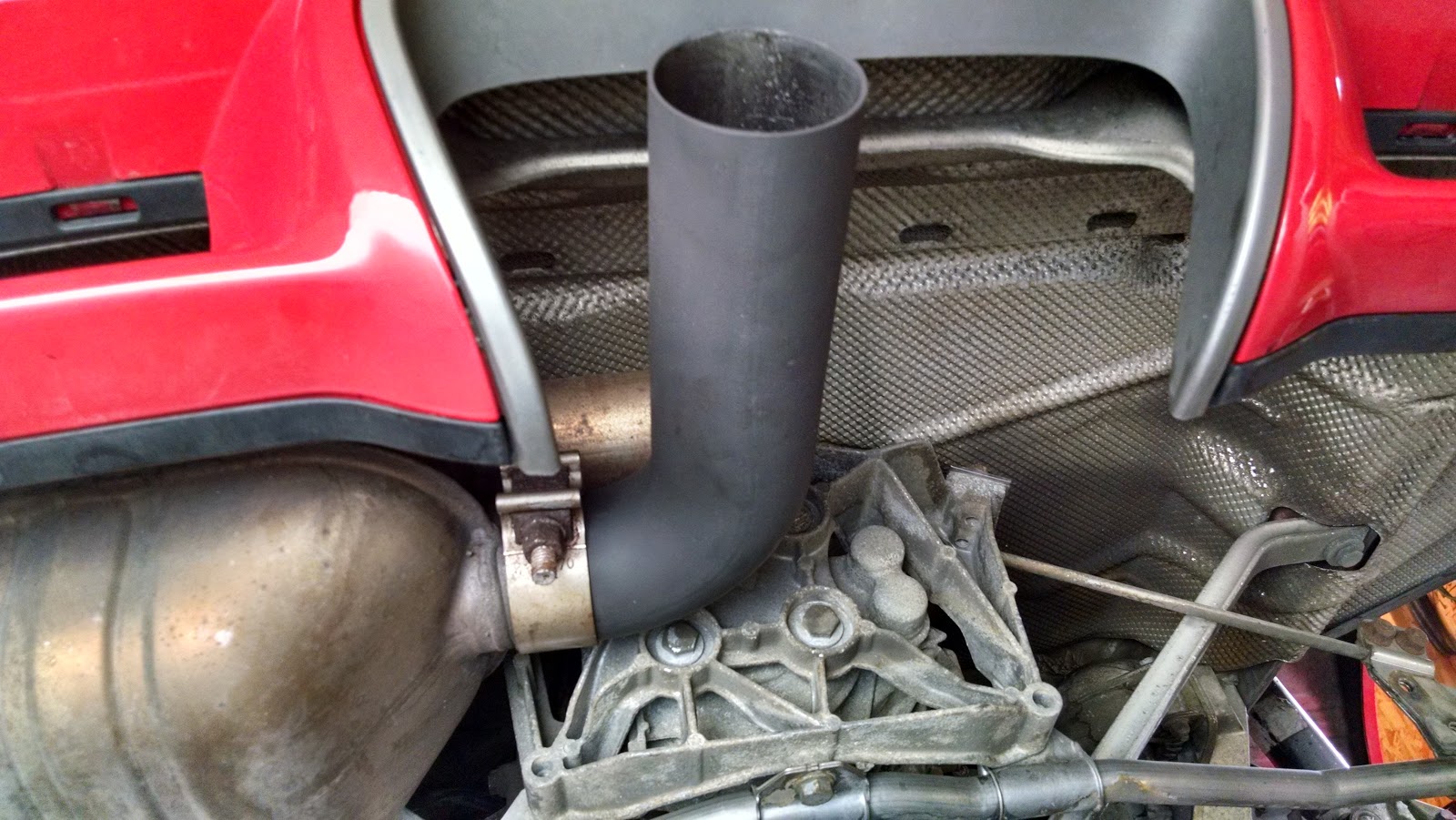 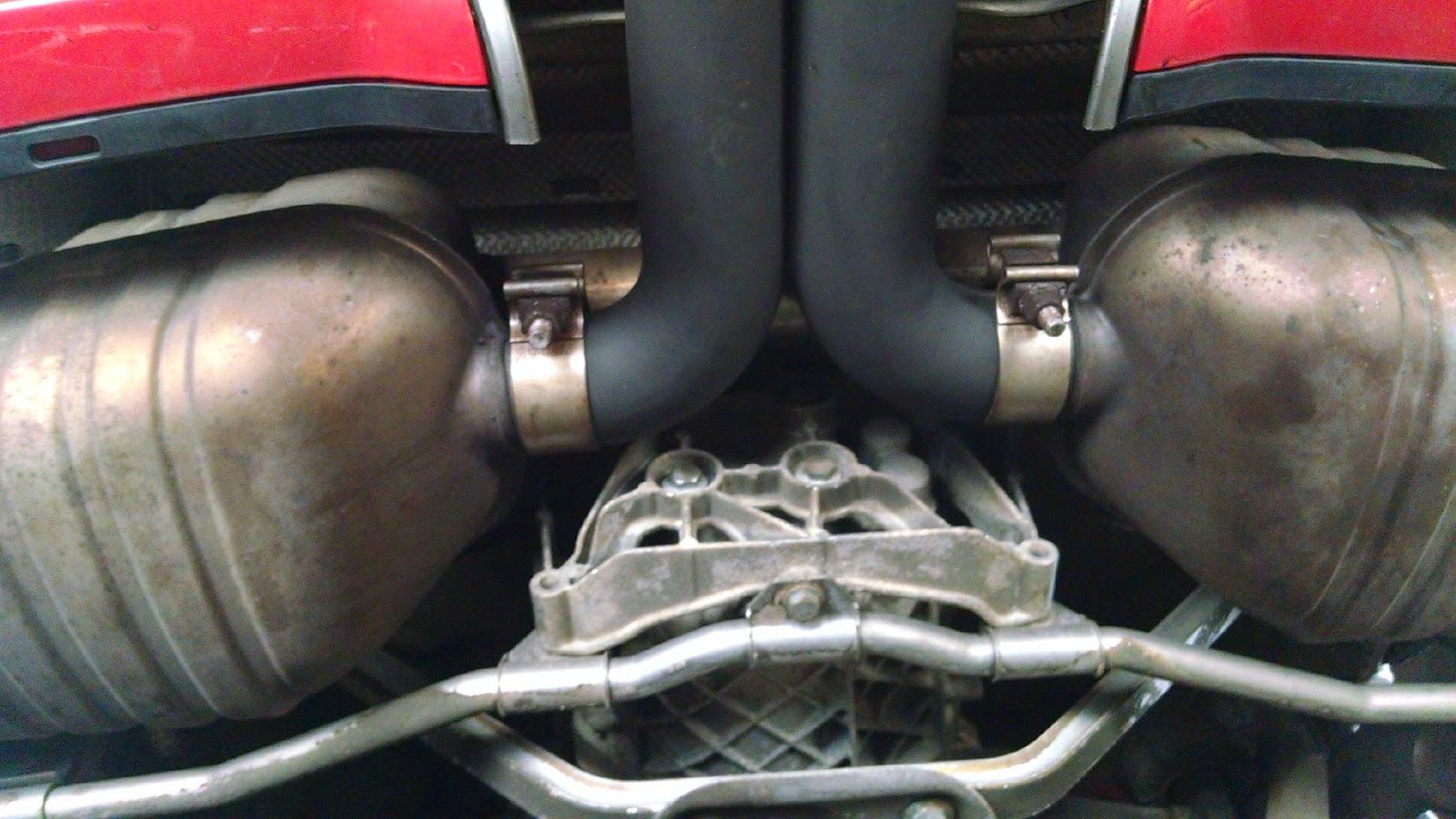 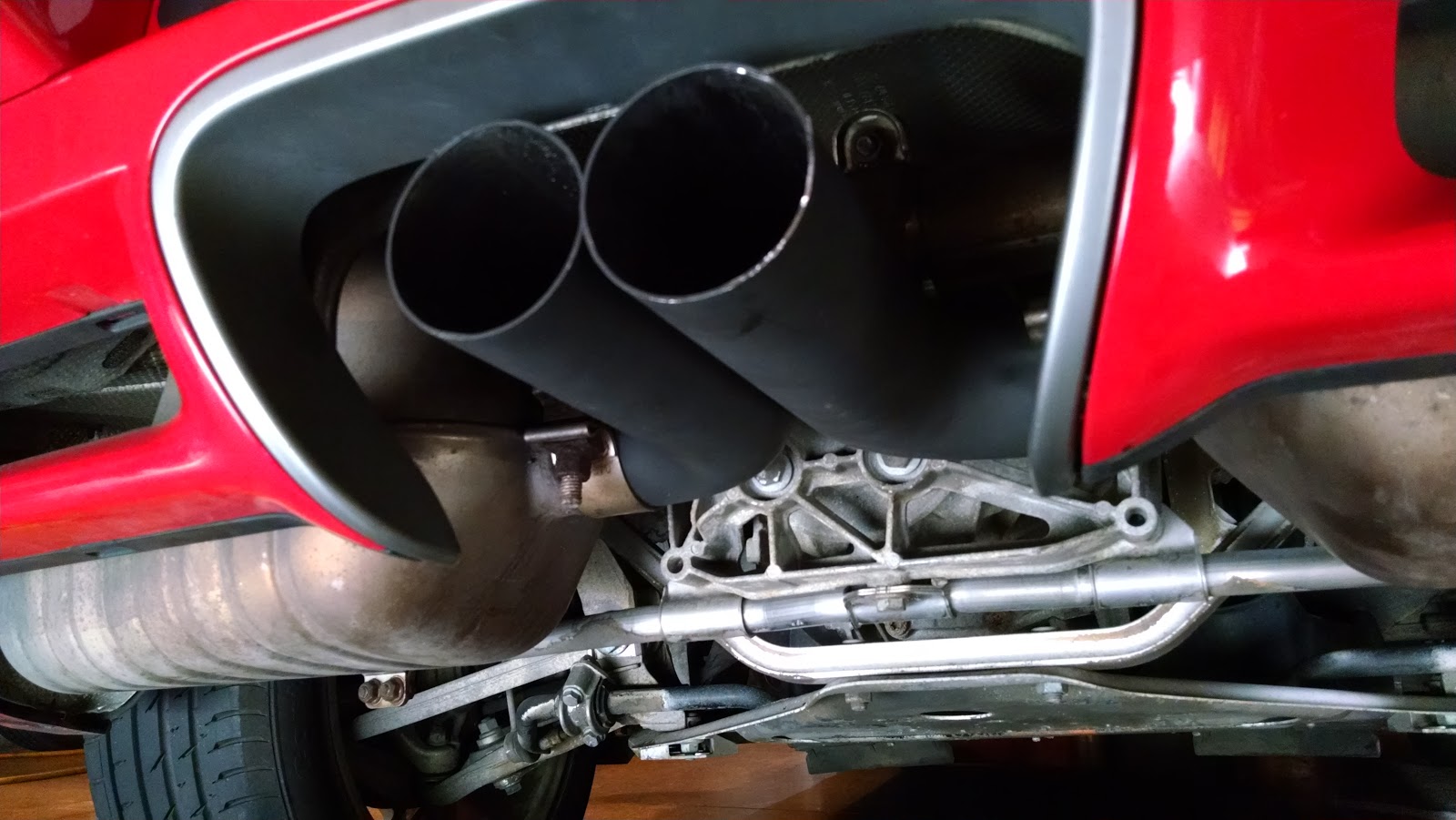 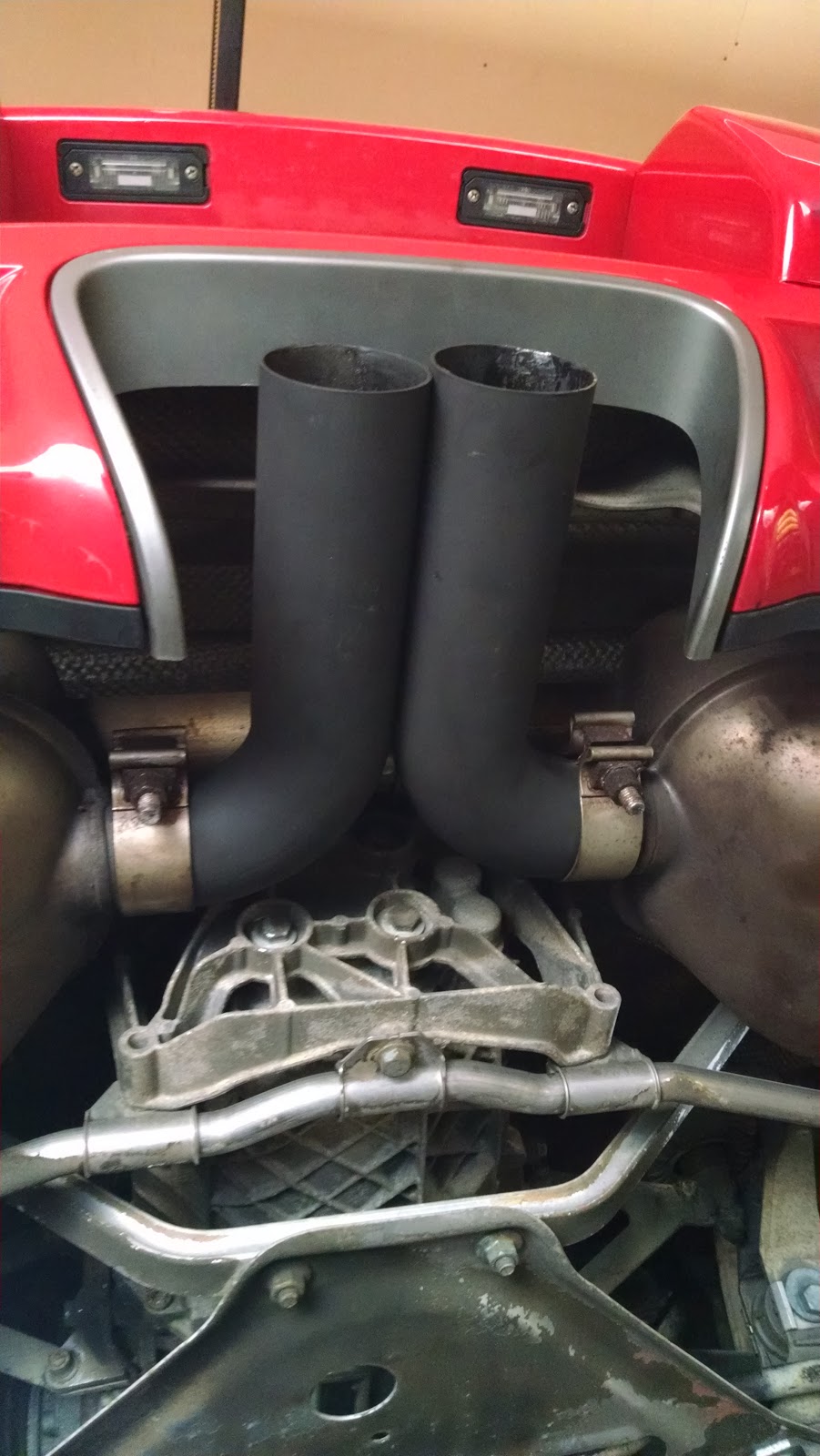 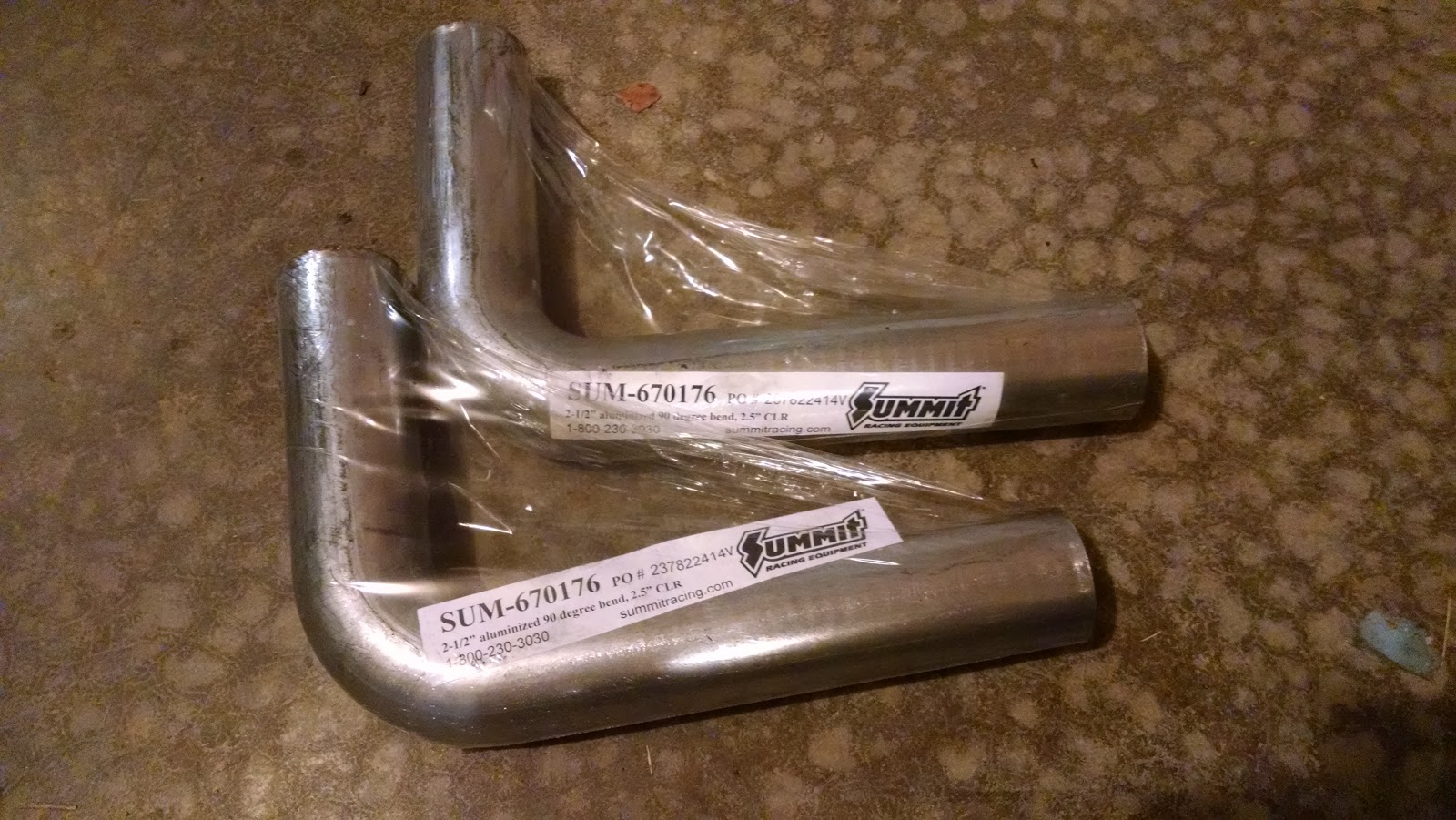 Update 7/5/2015:
I purchased some inexpensive stainless steel tips from Advance Auto and modified them to install over the pipes. 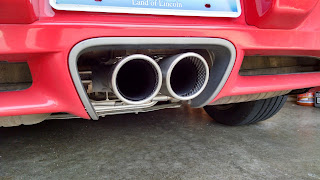 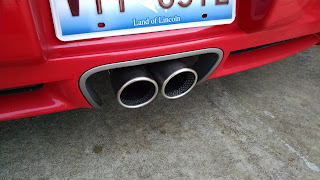 These tips were only $15 each.  I had to remove the attaching hardware and cut a slit along them.  Then I used a pipe expander to open them up enough to slide over the pipes.  They are a tight fit but I can still adjust them as needed. I used simple worm clamps to retain them.

We redid the 981 Boxster as well.  He bought the sharper bends I had and the same tips.  His car looks like this now. 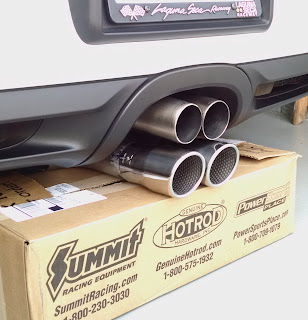 The pipes setting below are the stainless ones with the milder bends.