I have a 2006 Porsche Cayman S.  From the factory there are no grilles for the radiators so they collect leaves, rocks, bugs, everything.  The stuff gets sucked in and has no way out.  This is an issue on the 987 (Cayman/Boxster) and 997 (911). The plastic bars in the openings are plenty big enough for all this trash to get in but not really big enough to get your hand in there to clean it out well.  If you push and struggle, you can reach some of the bigger stuff.  The only way to really clean it out is to remove the nose of the car. 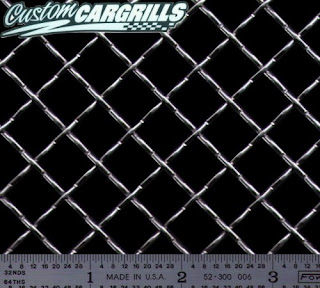 There are aftermarket grilles available.  Most cost around $300.  Some pop on from the outside and others install behind.  After looking at some of these options I decided to just get stainless grille mesh from Amazon and make a set of grilles myself. The grille material comes in a 6" x 36" flat piece which was perfect to make these grilles.  I wanted very good airflow so I selected a mesh with at least 80% open area.  It cost $18.99.  My goal was to keep the larger debris out.

The nose of the car is not that hard to remove really.  However, it is not obvious how to do it either.  You need to read the manual.  There are a few options to get the manual.  You can go to www.nastf.org to get the factory service information for any 1996 or newer car or truck.  The manufacturer works with the government to determine pricing for subscriptions.  In Porsches case, they have a rather undesirable pricing scheme where you can buy $10 access or $100 access.  Of course the stuff you generally want in just over $10 it seems so you have to opt for the $100 access.  Instead, I thought I would give AllDATAdiy a try.  I think it was under $40 for a year of access.  I have used it many times now and while its not as good as the factory info, it works.  Basically there are screws in top, in the wheel wells, and along the bottom you can readily see.  Then there are 2 clips you access from under the front trunk area.  There is also a large wiring harness you disconnect behind the right headlight area and a washer hose behind the left headlight area.  From there you slide the whole thing forward.

Here are some photos showing the nose removed. 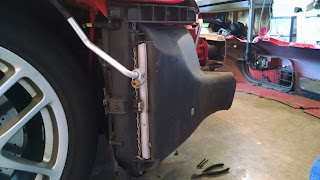 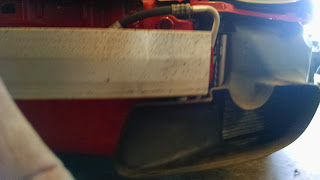 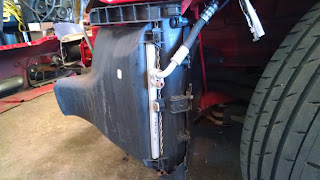 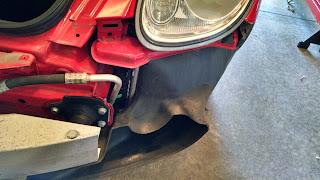 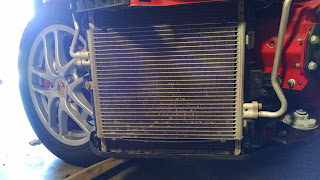 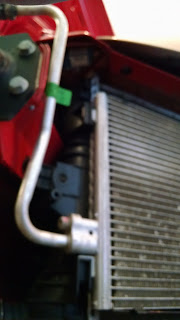 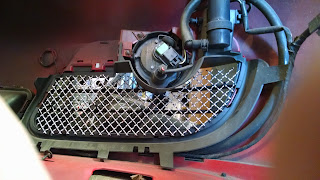 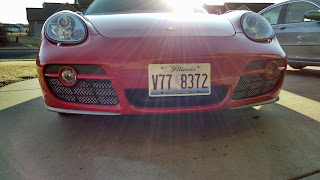 I actually wanted black grilles but I did not want to use metal that would rust.  Aluminum would have been either too weak or too bulky. I could have painted these grilles, which was my original plan, but I was concerned the paint would not bond well and if they chip you would see the bright stainless under it which would be much worse.  So, I left them unpainted stainless.